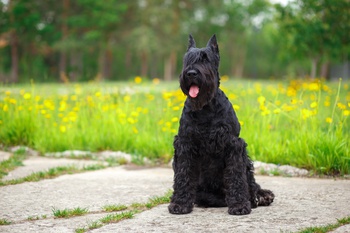 Paw Print Genetics is excited to tell you about 15 new tests that were just launched!  Among these new tests are three new trait tests that cause light colored dogs in various breeds. These new traits are sable in Cocker spaniels, white in Alaskan and Siberian huskies, and cream in Australian cattle dogs. What’s super interesting is that these new tests all involved DNA changes in the E locus.  Most are already familiar with the E (extension) locus, as DNA changes or variation in the MC1R gene inhibits the production of the black pigment, eumelanin, and allows the yellow/red pigment to show (phaeomelanin) and causes the coat color to be light, such as apricot in poodles, yellow in Labradors, and red in Irish Setters.  For the specific breeds mentioned above, you can now test specifically for the Eh variation found in some sable Cocker spaniels, or the e2 variation found in cream colored Australian Cattle dogs, or the e3 variation found in Alaskan and Siberian huskies. For all other breeds, you can just continue to order the common E locus variant to find out if your dog carries for yellow. Remember, white/yellow/red is recessive, so a dog that is light in color has two copies of these E locus variants.

Here, I have highlighted the 12 new disease tests that we launched. You can click the links to read more about them on the Paw Print Genetics website.

We have launched three new tests for Giant Schnauzers including cobalamin malabsorption (I-GS), neuroaxonal dystrophy (NAD), and progressive retinal atrophy (PRA5). All three are inherited in a recessive manner meaning that a dog must inherit two copies of the mutation, one from each parent, to be at risk. It is worth mentioning that this particular mutation for PRA5 has also been found in the German Spitz, the Klein Spitz, miniature smooth and longhaired dachshunds and the Pomeranian.

New test for the Pomeranian

In addition to launching the PRA5 test, we now offer congenital methemoglobinemia for Pomeranians. This mutation, when inherited in two copies, affects the blood and the ability to effectively deliver oxygen to the body. Dogs with this disorder may show exercise intolerance due to lack of oxygen. Testing for this disease will allow breeders to avoid producing pups with this condition.

New test for the Swedish Vallhund

We are excited to have launched a test for progressive retinal atrophy (PRA) found in the Swedish Vallhund. The mutation in the MERTK gene, when inherited in two copies, causes an early form of vision loss that results in complete blindness during the dog’s lifetime. Testing for this mutation can help breeders avoid producing pups with this form of blindness.

Breeds such as the Belgian Malinois, Tervuren, Laekenois and Belgian sheepdog are at risk for developing a cerebellar ataxia (SBCA2) caused by a DNA change in the ATP1B2 gene. This is an early onset neurologic condition that presents in the first month of life with difficulties in balance and controlling movements and progresses rapidly. Testing breeding dogs for this mutation will allow breeders to avoid producing puppies with this condition.

Australian cattle dogs can now be tested for neuronal ceroid lipofuscinosis type 12 (NCL12) in addition to NCL5 that was already offered by Paw Print Genetics. The NCLs are a group of disorders that affect metabolism. Dogs with these conditions accumulate waste products in their cells that then affect normal functions. Dogs will present with abnormal gaits, sleep problems, loss of coordination, vision loss and even seizures.  Breeders can utilize genetic testing to test for the mutations associated with NCL5 and NCL12 to avoid producing pups with these conditions.

Leukoencephalomyelopathy (LEMP) is a progressive neurologic condition that affects Rottweilers and the Great Dane. This disease presents around one year of age with gait problems, weakness in all four limbs, and loss of coordination. Two copies of the mutation in the NAPEPLD gene are required for this disease and can be tested in breeding dogs to prevent this condition in pups.

Paw Print Genetics was already the largest provider of tests for the Soft Coated Wheaten Terrier. Adding to paroxysmal dyskinesia and protein losing nephropathy (PLN), we now offer a test for a mutation associated with microphthalmia. Dogs with microphthalmia have an underdeveloped eye and can present with a malformation of the optic nerve called a coloboma.  This condition has a complex inheritance as it is recessive and requires inheriting one copy of the mutation from each of the parents but the mother must have two copies of the mutation as well. By testing breeding dogs, puppies with microphthalmia due to this mutation can be avoided.

New test for inherited skin condition in Chihuahua and Poodles

Ehlers-Danlos syndrome (EDS) is caused by mutations that affect connective tissues that results in excessive elasticity of the skin. The skin is easily bruised or damaged in these dogs and dogs can suffer from hypermobile joints and joint dislocation. Paw Print Genetics now offers a test for two mutations (Variants 1&2) in the TNXB gene that causes EDS in Chihuahua and all types of poodles. This test should be considered in dogs with hypermobile joints or excessive skin elasticity.

Deafness in the Doberman Pinscher

Unfortunately, deafness is a common condition found in many breeds and the genetic basis is largely unknown. However, Doberman Pinscher breeders can now test for the DNA change found in the PTPRQ gene that causes vestibular dysfunction and hearing loss. Signs of deafness can be present as early as 3 weeks of age. Affected dogs can show other symptoms such as head tilt, abnormal eye movements, circling and incoordination.  This is a recessive condition, meaning that a pup needs to inherit two copies of the mutation, one from each parent, to be affected. Therefore, breeding dogs should be tested to identify carriers and avoid producing affected pups.

Cystinuria in the Bulldog and related breeds

Cystinuria type 3 is a disease of the kidneys. Kidneys normally reabsorb cystine, but dogs with cystinuria are not able to complete this normal function.  Excess cystine passes to the urine and can crystalize causing stones that can block the ureters or urethra. In addition to kidney stones, dogs with this condition can also have inflammation, urinary tract infections and kidney failure. The test offered by Paw Print Genetics will test your dog for two different DNA changes, one in the SLC3A1 gene (Variant 2) and one in the SLC7A9 gene (Variant 3), making the inheritance of this disease complex. Due to difference in anatomy, mostly male dogs are affected by this condition. However, testing your Bulldog, French Bulldog or Mastiff will identify dogs at risk for this condition and will also allow breeders to use this information to reduce the risk of producing puppies with this condition.

You can search your breed to find any new tests.  We typically offer substantial discounts on new tests, so be sure to add any applicable discount code to your order.

Paw Print Genetics understands that genetic testing and the interpretation of results can be complicated. That is why we have geneticists and veterinarians on-staff to provide genetic counseling to our customers. To request a consultation, simply email us at AskUs@pawprintgenetics.com and one of our geneticists or veterinarians will reach out to assist you. With Paw Print Genetics, your testing doesn’t just end with the reported results. We are here to help you understand and use this information to improve your breeding program and produce the healthiest puppies possible.