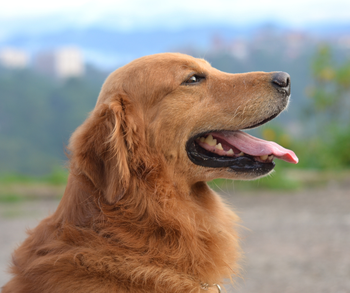 One of the goals at Paw Print Genetics (PPG) is to add to our large menu of tests whenever we can. New genetic changes found in the dog genome for diseases and traits are published periodically in the medical literature. These publications guide us in developing new tests for our customers.

Among the new tests launched this month are three tests for traits. Two of the tests will identify whether a dog carries for polydactyly, which results in having hind dewclaws. One of the polydactyly variants in the LMBR1 gene will cause hind dewclaws in many different breeds, while the mutation in ALX4 only causes polydactyly in the Great Pyrenees. Both variants are dominant, meaning that one or two copies will result in polydactyly. Interestingly, the mutation for the Great Pyrenees causes double dewclaws, whereas the mutation in LMBR1 causes just single dewclaws.

The third trait launched is for another E locus variant. PPG offers several E locus variants, so it is important to read the description of each before choosing your test. Most breeds will produce a yellow or red coat color when there are two copies of the ‘e’ allele from the common E locus variant.  However, PPG now offers several breed-specific E variants, with the newest one being a red coat in Spitz and Scent Hound breeds (designated eA).  You can avoid choosing the wrong E locus test by reading the description on our website, as those that are breed-specific list the breeds in which the variants are found.

We have launched two new tests for the Spanish Water Dog.  The first is congenital hypothyroidism with goiter.  A mutation in the TPO gene, when inherited in two copies, causes pups to not produce enough thyroid hormone, which is essential for normal development. This disease is treatable, but when genetic testing is done on dams and sires prior to breeding, this condition caused by mutation of TPO can be avoided.  The second test for the Spanish Water Dog is for an early onset progressive retinal atrophy (PRA-EO). This inherited eye disease affects only the Spanish Water Dog and has an early onset around 1.5 years of age with significant loss of vision by about 4 or 5 years of age. Testing for the mutation in the PDE6B gene can allow breeders to avoid this condition.  Both diseases are inherited in a recessive fashion.

Several new tests were launched that cause neurological conditions in various breeds, including two new tests for cerebellar ataxia. In the Norwegian Buhund, we have launched the test for the KCNIP4 gene mutation and for the Spinone Italiano, the mutation in ITPR1. These early onset ataxias present in the first month of life with difficulties in balance and controlling movements and progress rapidly. Both ataxias are recessive conditions and genetic testing will be helpful to identify carriers or affected pups.

The third neurological condition is neuroaxonal dystrophy (NAD) in the Rottweiler. Affected dogs present typically before the age of 5 with gait abnormalities, head tremors, loss of balance and nystagmus of the eyes. NAD can be quite debilitating to the dog and this recessive disease is avoidable through testing of dams and sires prior to breeding.

Golden Retrievers are known to be at risk for ichthyosis, an inherited skin condition. But did you know that there are two types of ichthyosis caused by mutations in two different genes? Commonly found in Golden Retrievers, two copies of a mutation in the PNPLA1 gene can cause a highly variable ichthyosis characterized by scaly dry skin (Ichthyosis Type 1). A second mutation, found in the ABHD5 gene, causes a similar condition when inherited in two doses (Ichthyosis Type 2). Because these skin conditions can lead to higher susceptibility to skin infections, testing your dogs for these genetic mutations will identify those at risk and the information can be used to avoid producing affected puppies in future generations.

Recurrent inflammatory pulmonary disease in collies is caused by inheriting two copies of a mutation in the AKNA gene. Dogs with this condition will show respiratory disease throughout their life. This mutation may be quite common in the Collie population so it was added to the Essential Panels for Collies, Rough Collies and Smooth Collies. Carriers and affected dogs can be identified through genetic analysis with this newly launched test.

Canine Scott syndrome is a blood clotting disorder that can affect German Shepherd dogs, White Shepherd dogs, Shiloh Shepherds, Beagles and Chinese Crested dogs. Dogs with this condition have abnormal platelets, required for normal blood clotting. Affected dogs show easy bruising, excessive bleeding after surgeries or dental procedures, bleeding into joints and spontaneous bleeding not due to trauma. The same mutation in the ANO6 gene in all of these breeds causes this condition. Genetic testing can be used to identify carriers and avoid producing affected puppies.

If you have any questions about these new tests, or any tests for your breed, we are here to help. Simply email us at AskUs@pawprintgenetics.com and one of our geneticists or veterinarians will reach out to you. If you prefer a phone call, please include your number in your email message to us.  We are here to help you understand the tests available to you for your breed, provide you with support during the ordering process, and will be happy to follow up with you after your testing has been completed should you have any questions.  By testing your dams and sires prior to breeding, you will be able to produce the healthiest pups possible.