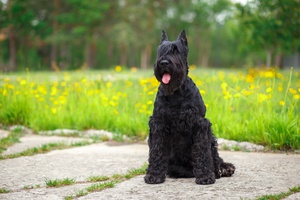 Paw Print Genetics is excited to tell you about 15 new tests that were just launched!  Among these new tests are three new trait tests that cause light colored dogs in various breeds. These new traits are sable in Cocker spaniels, white in Alaskan and Siberian huskies, and cream in Australian cattle dogs. What’s super interesting is that these new tests all involved DNA changes in the E locus.  Most are already familiar with the E (extension) locus, as DNA changes or variation in the MC1R gene inhibits the production of the black pigment, eumelanin, and allows the yellow/red pigment to show (phaeomelanin) and causes the coat color to be light, such as apricot in poodles, yellow in Labradors, and red in Irish Setters.  For the specific breeds mentioned above, you can now test specifically for the Eh variation found in some sable Cocker spaniels, or the e2 variation found in cream colored Australian Cattle dogs, or the e3 variation found in Alaskan and Siberian huskies. For all other breeds, you can just continue to order the common E locus variant to find out if your dog carries for yellow. Remember, white/yellow/red ... 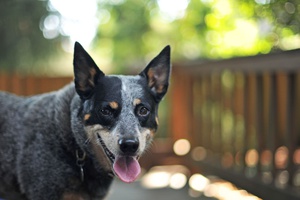 Paw Print Genetics is celebrating the Australian Cattle Dog this week. Although generally considered a relatively healthy breed, like other purebred dogs, the Australian Cattle Dog is known to inherit several genetic diseases. Testing your dog prior to breeding prevents the disease through avoidance of producing puppies at-risk. This brief article describes a few of the diseases that can currently be tested for in Australian Cattle Dogs.  You can find a complete list and more information at  https://www.pawprintgenetics.com/products/breeds/91/.  All of these tests performed by Paw Print Genetics are accepted by the Orthopedic Foundation For Animals.

Cystinuria is an inherited disease that is known to affect amino acid absorption by the kidneys. This abnormality leads to cysteine crystals and/or stones in the bladder that can block the ureters or urethra and stop the normal flow of urine. If not treated, urinary stones can cause urinary tract infections, kidney failure and even death. 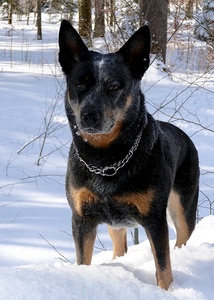