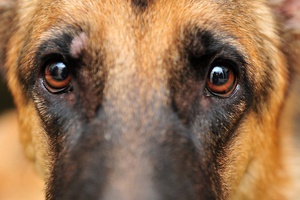 The known underlying mutations associated with the various forms of PRA are found in a wide variety of different genes. Thus, highlighting the complexity of the biological pathways involved in the development and ongoing maintenance of the eyes. PRAs are marked by the abnormal development and/or the gradual degeneration of rod and cone photoreceptor cells of the retina. Each type of PRA may display variation in the age of onset, speed of disease progression, and the relative rates at which each of the two photoreceptor types are destroyed. However, when it comes to clinical ... 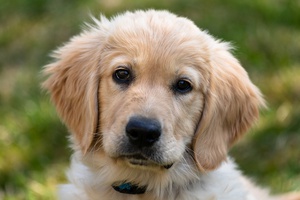 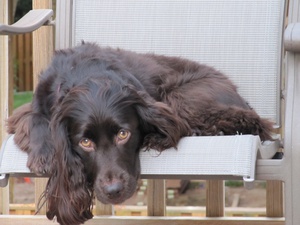 Two of the four diseases on the Boykin spaniel essential panel are inherited diseases of the eye. Diseases resulting in vision loss or blindness are among some of the most life-altering and troublesome non-lethal diseases of dogs. However, with knowledge of a specific genetic mutation resulting in blindness as well as an understanding of how that specific eye disease is inherited, blindness caused by the mutation can be prevented through the use of genetic testing and informed selective breeding practices based upon test results. Two eye diseases known to be inherited in the ... 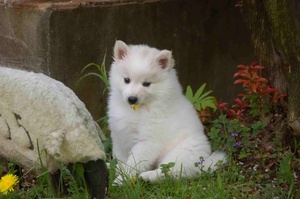 Despite its name, the roots of the American Eskimo dog can be traced back to Germany where it was known as a white colored, miniature to medium sized variety of the German spitz. This well rounded farm dog came to the United States with German immigrants in the early 20th century and adopted the name American spitz in the World War I era when war related anti-German sentiment and American patriotism were widespread. The breed was first recognized as the American Eskimo dog (AED) by the United Kennel Club in 1919 and was accepted by the American Kennel Club for registration in 1995. Known for its alert demeanor, the AED makes an excellent watchdog that alarms its family of potential danger through warning barks. The AEDs intelligence, fast learning, and desire to please have made it a competitor in the agility ring and obedience trials. Though not universally recognized as three separate varieties, the modern AED is often split into three size groups (toy, miniature, and standard).

Despite its many talents, beautiful physical characteristics, and intelligence, like other pure breeds, the AED has developed some inherited disease concerns over the course of its development that have caused significant issues ... 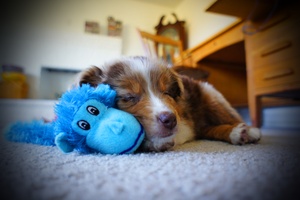 Despite a name which implies an origin “down under”, the Australian shepherd is widely understood to be a breed of American origin. In fact, descriptions of the breed and their importance in the lives of 19th and 20th century Basque shepherds who had relocated from Australia to the western US are plentiful. Australian shepherds’ exceptional intelligence, versatility, desire to please, and a natural instinct to herd and guard livestock have made them a common inhabitant of ranches and farms where they have been trained to perform a variety of tasks. Aside from their work on the homestead, their unique abilities have also made them great competitors in stock dog trials, agility events, and other dog sports. Despite their many talents and desirable traits, like many other breeds, the Australian shepherd has developed some inherited disease concerns that can prevent them from performing at their best or otherwise decrease their overall quality of life. One such condition recognized in the Australian shepherd is the genetic eye disease known as collie eye anomaly. 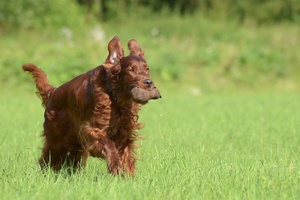 Despite its once prominent role as a talented upland gamebird hunting dog, by the mid-1900s the Irish Setter’s popularity in the field was on the decline. Despite developing significant interest and success as a show dog, the breed had nearly disappeared from the hip of gamebird hunters. Around this time, outbreedings to field champion English setters were performed in an effort to resurrect the popularity and improve the talents of the Irish setter as a hunting companion. In many locales, this field bred variety of Irish setter became known as the red setter while the Irish setter name is now most closely associated with the show variety of the breed. In the United States however, red setters still fall under the umbrella of the Irish setter name. Found in multiple colors and coat patterns in its early history, the breed’s modern solid red coat color became entrenched in the breed due to its popularity in the European show ring of the late 1800s.

Continue Reading 0 comments
Tweet
by Casey Carl on July 2, 2015 in Ask The Vet 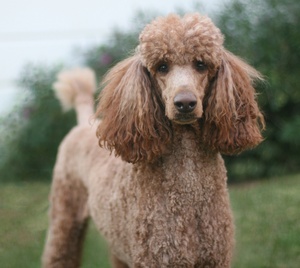 Despite their characterization in popular culture as a gorgeous, yet delicate dog breed with more beauty than brawn, the ancestors of today’s poodles (especially standard poodles) were revered for their ability to work. Still well known for their exceptional intelligence, the standard poodle (the oldest poodle variety), was commonly used as a gun dog and water retriever to assist European hunters. Portrayed in drawings and paintings from as early as the 15th century, the standard poodle was eventually bred to smaller breeds in order to create poodles of smaller size. The resulting smaller dogs, which reportedly disliked water, were used for truffle hunting and formed the ancestry of today’s toy and miniature poodle breeds. Though no longer commonly thought of as gun dogs, interest in using standard poodles as hunting dogs has reemerged with some standard poodles experiencing success in AKC and CKC hunting trials since the mid to late 1990’s. Toy and miniature poodles are most commonly recognized today as family-friendly companion dogs. During their path of development, like other purebred dogs, all three commonly recognized varieties of poodles have developed some inherited diseases that can make life challenging. One particular disease of poodles known as progressive retinal ...

Continue Reading 0 comments
Tweet
by Casey Carl on May 27, 2015 in Ask The Vet 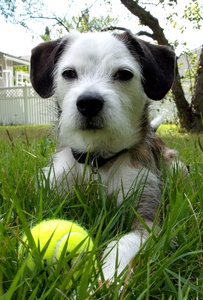 Previously known as the Jack Russell terrier, the Parson Russell terrier’s nearly 200 year long history began in the 1800’s when Parson John Russell of England obtained a terrier named Scout with the purpose of training him for European red fox hunting. Russell eventually developed a particularly adept line of terriers meant to run alongside hunters on horseback and dispatch foxes.

Continue Reading 0 comments
Tweet
by Casey Carl on May 18, 2015 in Ask The Vet 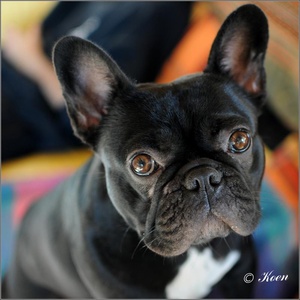 Though there are mysteries in regards to the early origins of the French bulldog, it is probable that this spunky breed is a 19th century product of breeding early English bulldogs and miniature bulldogs with other small breeds. As these smaller, English bred bulldogs became popular, many were either exported to France from England or accompanied their English owners to France in search of employment. At some point in the mid to late 1800’s, the small bulldogs were given the name “Bouledogue Français” and were recognized as their own unique breed. Early French bulldogs with either “rose ears” (ears folded at the tip) or pricked “bat ears” were common. However, with the spread of the breed to the United States, American dog fanciers created the first French bulldog breed standard describing the “bat ear” trait seen in modern Frenchies as the “correct” ear type.  In the process of establishing their modern appearance and perfecting the breed, like other purebred dogs, French bulldogs have developed some inherited diseases that concern Frenchie aficionados today. One such disease is a disorder known as hereditary cataracts (HC).

A cataract, in general, is the clouding of the lens of the eye. This cloudiness interferes ...

Continue Reading 0 comments
Tweet
by Casey Carl on March 30, 2015 in Ask The Vet 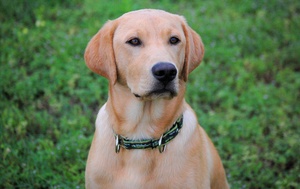 In this fourth and final blog in a series about preventable inherited diseases in the Labrador retriever (see previous blogs here; part one, part two, and part three), we will examine a potentially life-threating urinary disease and a cause of blindness in dozens of dog breeds including the Labrador.

Urinary tract obstruction is one of the most urgent and potentially life-threatening conditions in dogs. One common cause of urinary obstructions in dogs is the presence of bladder stones which leave the bladder during urination and become lodged in the urethra. The inability to urinate results in a toxic buildup of certain electrolytes and waste products in the body including potassium, which tends to be the most concerning in regards to health effects. Excess potassium in the body prevents the heart from beating normally, ultimately resulting in death due to cardiac arrest. Though it is not the only cause of bladder stones in Labradors, a genetic mutation in the SLC3A1 gene is reported to cause an early-onset disease known as cystinuria, which can result in bladder stone formation.

While normal kidneys reabsorb a variety of nutrients and electrolytes from the urine, dogs affected with cystinuria lack the ability to produce ...