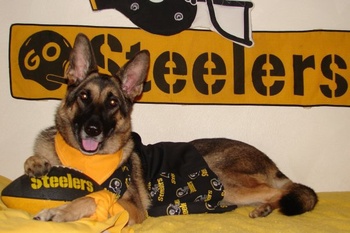 A yearly NFL tradition is about to take place: the draft. Professional football is big business, with big money involved. In 2013, the NFL topped $9 billion in revenue, and commissioner Roger Goodell has a goal of annual revenue surpassing $25 billion by 2027.

Who a team selects with specific draft picks represents an investment of millions of dollars and can affect their on-field success for years to come. A bona fide star can spur a team to victory, packing a stadium, which increases concession sales, parking revenue and more. When merchandising is considered, a $20-million investment in a player can pay off.

Conversely, when a team selects the wrong player, it can cost them dearly. Not only do they miss out on a game- and franchise-changing personality, the investment in time and money the team makes on the wrong player is lost as well. Reaching for and overpaying a player can continue to impact a team years after the player washes out of the league.

When millions of dollars are involved, nothing is left to chance. College players hoping to break into the professional ranks undergo profiling that would make the NSA proud. The dossier a team collects on a potential player is all encompassing, giving them the best possibility of making the right investment. Game tape is looked at to assess their abilities. A battery of tests is used to measure their physical attributes, performance benchmarks, intelligence quotient and mental stability. Their health is evaluated; past injuries are noted and physicals are given before contracts are finalized – a team isn’t going to select and invest in a player if he’s not healthy enough to perform.

Similarly, the pet industry is a HUGE business involving even more money than the NFL. In 2013, US pet owners spent nearly $56 billion on their pets!

When breeders select a mate for their performance or conformation dog, they collect a dossier similar to NFL scouts. Pedigrees are studied, performance titles tallied, body structure evaluated (and compared/contrasted with a potential mate’s), and intelligence, trainability and drive are all weighed accordingly.

An in-depth health profile can help insure that a dog is sound. Hip, elbow, eye, heart and other physical examinations can give clues as to how the dog’s body will hold up.

A genetic-panel profile is an important tool for breeders and puppy buyers alike. It provides an exhaustive look at the dog’s health, and can definitively tell a buyer if the dog will get sick from specific mutations or will produce puppies carrying those mutations. It provides a glimpse into the future and a measure of control over variables that would make any NFL scout envious.

Most puppy buyers and breeders don’t have the luxury of an NFL team’s bank account when it comes to investing in a puppy, but they do spend a proportional amount (or more) on their dog every year. Owners will spend tens of thousands of dollars over the lifespan of their dog – and that’s guaranteed money.

Ask yourself: when looking to invest in a franchise-defining player, would an NFL team forego a simple, and inexpensive, test that can give them a complete look at the health of that person? Would they just roll the dice with their money and future at stake? Not likely, if they want to maximize their investment and reap the benefits for as long as possible.

Why should you as a breeder or puppy buyer expect less when investing your money and emotions? Genetic screening provides another evaluation tool to help you pick the best breeding pairs and healthiest puppies.

I've heard about cystinuria in Labradors. Should I be concerned?