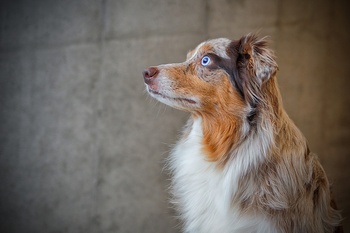 When we bring a new puppy into the home, we often envision years of companionship and adventures. Hiking, swimming, hunting and running are just a few activities our healthy canine companions can join us on – and there’s something to be said for the bonding that takes place when we’re just lounging around the house, too.

For healthy dogs, the financial investment of daily care and routine veterinarian visits is well worth the cost of keeping them a healthy, happy and active member of the family. Unhealthy dogs due to poor breeding practices, however, exact a premium on our pocketbooks, tax our emotions and take a toll on our daily lives – not to mention the quality of life the puppy is condemned to live.

While many unforeseen diseases and health issues can affect a dog throughout its lifetime, there are nearly 200 disease-causing genetic mutations known to science. These mutations can be identified in dogs prior to breeding, which allows breeders to produce healthier puppies. As a new-puppy buyer, make sure you’re purchasing from a breeder that has screened for genetic disorders common to your breed of choice.

Seven of the most common, and potentially deadly, diseases include:

Degenerative Myelopathy
The canine equivalent of Lou Gehrig disease or ALS, degenerative myelopathy is an ancient mutation that affects more than 100 dog breeds. The neurological disorder affects the white matter tissue of the spinal cord, resulting in loss of muscle coordination and paralysis. It’s a late-onset disease, which means that symptoms don’t present themselves until adulthood – typically around eight years of age (often after a breeder has produced puppies, and puppy buyers have bonded for years with their dog). There is no cure and owners are usually forced to euthanize their dog when they become incapacitated – typically within 6 months to two years after becoming symptomatic.

Progressive Retinal Atrophy
A broad category of inherited eye conditions, progressive retinal atrophy (PRA) results in blindness in numerous breeds of dogs. In fact, at least 58 breeds are affected by nearly two dozen known mutations in 18 different genes. The most common form of the disease, progressive rod-cone degeneration, affects at least 31 breeds. PRA is another late-onset disease, which will begin to rob your dog of his vision sometime from early adolescence to early adulthood.

Hyperuricosuria
Like degenerative myelopathy and PRA, hyperuricosuria is a mutation that occurred before many different breeds were developed and has been reported in more than a dozen breeds. It causes elevated levels of uric acid in the urine, which can cause crystals to form, which then possibly combine to form bladder stones. Affected dogs commonly present with frequent urination, blood in the urine and difficulties urinating. They may also have loss of appetite, lethargy, weakness, vomiting, pain and frequent urinary tract infections. Although an x-ray can be used to exclude other types of stones or obstruction, urate stones cannot be seen using x-rays and must be evaluated by ultrasound. Treatment can be expensive and includes surgery, medication and special veterinarian-prescribed diet.

Exercise-Induced Collapse
Often referred to as EIC, exercise-induced collapse is a neuromuscular disorder that presents as exercise intolerance in apparently healthy young adult dogs. Affected dogs appear normal and active and do not have decreased muscle mass. However, shortly after strenuous exercise these dogs will begin to walk with a wobbly, uncoordinated gait. In some circumstances, an episodic collapse is accompanied by full body weakness, rigid limbs, confusion, loss of consciousness, seizure and very rarely, death. The episodes typically last 5-10 minutes and most dogs will completely recover within 45-60 minutes.

Centronuclear Myopathy
A progressive muscle disease known to affect Labrador retrievers, centronuclear myopahty (CNM) causes exercise intolerance, awkward gait and difficulty eating, usually within the first few months of life. As the disease progresses, symptoms also include generalized muscle atrophy, downward flexion of the head and neck, low muscle tone and frequent episodes of collapse, especially when exposed to cold temperatures. Progression of the disease appears to stabilize around one year of age and dogs typically have a normal life span, but affected dogs usually have life-long medical problems due to the underlying muscle disease.

Impacted breeds: One study identified 13.9 percent of Labrador retrievers from the U.S., U.K., Canada, Ireland and continental Europe were carriers of CNM.

Ichthyosis
A skin condition known to affect golden retrievers, ichthyosis is usually present at birth and progresses over time. It causes bald patches, thickened skin and dull hair. Over time the skin develops a grayish color and appears scaly. Affected dogs are also at increased risk for skin infections. There is currently no treatment for this condition.

Impacted breeds: In one study, approximately 40 percent of 1,600 golden retrievers from Australia, France, Switzerland and the U.S. were carriers of the ichthyosis mutation and about 30 percent were affected.

I want one-stop genetic screening. Do you offer a test for von Willebrand disease?