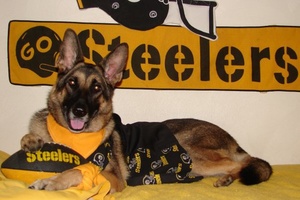 A yearly NFL tradition is about to take place: the draft. Professional football is big business, with big money involved. In 2013, the NFL topped $9 billion in revenue, and commissioner Roger Goodell has a goal of annual revenue surpassing $25 billion by 2027.

Who a team selects with specific draft picks represents an investment of millions of dollars and can affect their on-field success for years to come. A bona fide star can spur a team to victory, packing a stadium, which increases concession sales, parking revenue and more. When merchandising is considered, a $20-million investment in a player can pay off.

Conversely, when a team selects the wrong player, it can cost them dearly. Not only do they miss out on a game- and franchise-changing personality, the investment in time and money the team makes on the wrong player is lost as well. Reaching for and overpaying a player can continue to impact a team years after the player washes out of the league.

When millions of dollars are involved, nothing is left to chance. College players hoping to break into the professional ranks undergo profiling that would make the NSA proud. The dossier a team collects on ...

Continue Reading 9 comments
Tweet
by Lisa Shaffer on May 7, 2013 in Trixie's Paw Prints 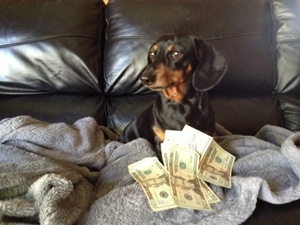 I recently overheard two people discussing the cost of raising a dog and genetic testing came up. One comment was: “Do you want to pay now for a healthy puppy or pay a vet later?”. She was referring to the cost of the testing versus the cost of paying for the long-term healthcare of a dog with an inherited disease.

In actuality, the cost of genetic testing may be less than the cost you would pay for a tooth cleaning or other routine, preventative care for your dogs. However, the genetic testing will last a lifetime and shouldn’t have to be repeated. Knowing the genetic profile of your dog will help you plan on whether you put the cost and time into training the dog and whether you eventually breed your dog. Genetic testing can improve the value of your breeding program by insuring the buyers that you have taken an active role in reducing the known genetic diseases in your lines.

Let’s take an example and walk through the health issues and costs. Hyperuricosuria, also known as urolithiasis, is a disease that affects at least 14 different breeds of dogs. Affected dogs develop bladder stones that ...