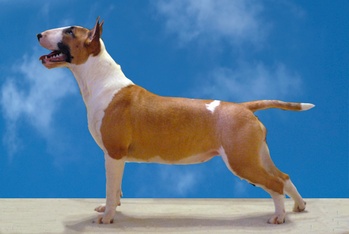 The field of genetics has progressed rapidly in recent years.  Perhaps you’ve seen headlines about these top genetic topics in 2013. These stories show the importance of genetics and how it affects us as individuals and as a society.  To understand the impact, though, one may need a review of Genetics 101: dominant vs. recessive disease traits.

In order for our bodies to work properly, our DNA must be coded in specific sequences.  DNA sequences are grouped into units called genes, which tell our bodies what to make to build cells and metabolize nutrients.  We are all a unique combination of re-shuffled genes from previous generations.  Everything from eye, hair and skin color, muscle, bone, etc. is coded by genes.  A mutation in a gene usually causes something to change and many of these changes can lead to disease. There are thousands of genes, and in humans, thousands of genetic disorders that result from mutations.

One way to classify genetic disorders is to group them by how they are inherited.  With the exception of the sex chromosomes, X and Y, each of us has two copies of our genes.  One comes from our mother, the other from our father.  Recessive conditions need both copies of the same gene to have a mutation in order to show symptoms. Those who have only one copy of a mutation of a recessive condition are called carriers.  Carriers have no symptoms, and the disease does not affect their health, but, it can affect the health of future generations.  If a breeding pair are both carriers of the same genetic disorder, they have a 25% chance of having offspring with that disease, 50% chance of having carrier offspring (no symptoms), and 25% of having offspring that are not carriers or affected.

Dominant disorders work differently than recessive conditions.  It only takes one copy of the gene with the mutation to have the disease.  With dominant disorders, there is a 50% chance for the offspring to be affected like the parent.  Sometimes, there is a new dominant mutation in which the mutation was not inherited from a parent, but rather, new in that individual.  Both dominant and recessive disorders may show symptoms at birth, or they may not develop until later in life; these are called “adult onset”.

The concepts of dominant and recessive can easily be applied to dog breeding.  For example, polycystic kidney disease in Bull Terriers is caused by a dominant mutation in the PKD1 gene.  Symptoms may be variable, and may not be diagnosed before breeding.  Kidney cysts do not usually cause pain but may lead to kidney infections, frequent urination, poor eating and weight loss. In some dogs, the disease will progress and lead to kidney failure.  A breeder may choose not to breed a dog at all with this dominant mutation in PKD1, knowing there is a 50% risk of passing this on, which may affect many pups in a single litter.  Remember, it only takes one copy of this gene from either parental line for this disease to potentially show up in the next generation.

Degenerative myelopathy is a progressive neurological disorder found in dozens of breeds of dogs that is inherited in a recessive manner.  It’s very similar to Lou Gehrig’s disease in people.  Degenerative myelopathy may be misdiagnosed as arthritis in the early stages.  Dogs eventually become unable to walk.  An affected dog may not be diagnosed before breeding because of the later onset of symptoms.  Because this is a recessive condition, it requires two copies of the mutated gene to be affected.  Dogs with one copy of the mutation have no symptoms.  It is important to identify carriers when breeding.  Owners may not want to breed two carriers of degenerative myelopathy together, because there is a 25% chance of pups being affected.  It is possible that several pups in a single litter could be affected.  Although they may choose to breed a carrier with a non-carrier, because there is not an increased risk of having affected pups, this will keep the disease mutation in the breeding lines, which may be undesirable.

Genetic testing technology is increasing at an exponential rate.  Understanding some basic genetic concepts may help owners breed “smarter” with the potential of healthier dogs.  A healthier dog means a better quality of life for the dog and the owner.

Breed of the Week: Rhodesian Ridgeback

Understanding the 'Why' of Training