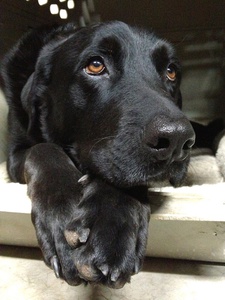 Continue Reading 0 comments
Tweet
by Casey Carl on Sept. 5, 2014 in All Things Dog 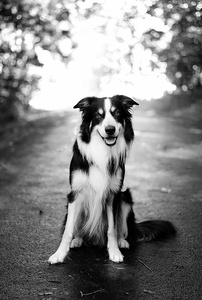 If you are a dog owner that values intelligence and obedience above all else when choosing a dog, it’s likely you are familiar with the border collie. This hardworking canine breed who received its name from its likely place of origin along the border of England and Scotland, has historically been bred for working ability above all and is widely regarded as one of the most intelligent breeds in the world. Though generally considered a relatively healthy breed, like other purebred dog breeds, the border collie is known to inherit several genetic diseases; some of which are known to be caused by specific genetic mutations. Discovery of the specific mutations responsible for genetic diseases allow laboratories like Paw Print Genetics to develop tests to identify dogs that carry the mutation. This information allows breeders to selectively breed these carrier dogs to dogs that are clear of the mutation in order to avoid producing puppies with these diseases. Three specific inherited diseases are listed on the Canine Health Information Center (CHIC) website as optional recommended tests for the border collie. Testing for these diseases is available from Paw Print Genetics:

One of the biggest inherited disease concerns for ... 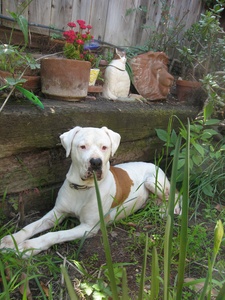 The neuronal ceroid lipofuscinoses are a group of inherited lysosomal storage disorders.  Lysosomes are structures in cells referred to as the stomach of the cell that breakdown waste products and other byproducts in the cell.  NCL affected dogs lack one of several enzymes necessary for the normal breakdown of certain types of fat or protein in the cells (called lipopigments.)  As this "debris" accumulates in neuronal cells (and to a lesser extent in other cells), the animal's mental and motor functions deteriorate.

Dogs with NCL start out as apparently normal and fully functional dogs.  Depending on which subtype of NCL they have, they will begin developing symptoms anywhere from 6 months to 4-6 years of age (for the adult onset varieties).  NCL is found in both humans and dogs as well as other species and share symptoms that include a progressive loss of mental and physical nervous system functions.    These exhibit as mental/intellectual decline and motor disturbance progressing to seizures, motor problems such as lack of muscle coordination, abnormal gait, difficulty balancing, visual disturbances progressing to blindness and behavioral changes including aggressiveness, dementia, aimless wandering behavior with episodes of confusion, depression and ...