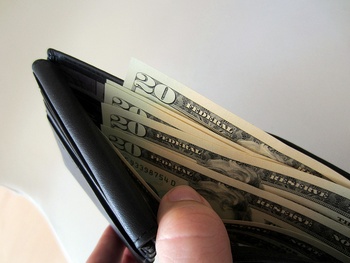 Breeding dogs and producing puppies is no easy task. It’s not a lucrative endeavor, either. The costs associated with breeding can add up quick. Genetic screening of a sire and dam, however, should be a calculated cost of doing business.

Just as going into debt to afford college is considered “good” debt (because it will pay off in the end), genetic screening is a “good” cost that can be recouped and will also pay higher dividends in the end.

As a breeder, genetic screening for inherited diseases helps ensure that you’re producing sound, healthy puppies. It’s a cost that can be passed on to the puppy buyer, and one that underscores your health guarantees. It puts proof in your hands as to your dog’s genetic health, and shows that you’re making breeding decisions and offering guarantees based on the most current scientific data, as well as other goals such as performance or conformation.

The costs associated with genetic testing are minimal compared to the potential damage to your reputation and costs of replacing, refunding or caring for a sick dog that a puppy buyer returns; those costs are easily recovered.

In both instances, you’re adding a pittance to the cost of a pup. Depending on litter size, you’re likely adding about $20 for a single-test breed and around $100 for a huge-panel breed like the Labrador. I don’t think there’s many people out there that wouldn’t pay $20 to $100 upfront to virtually ensure their dog won’t be affected by blindness, neurological issues or bleeding disorders.

If that money is the buyer’s hurdle in purchasing a puppy, you might want to ask yourself if you actually want the puppy going to that home.

With successive litters, those costs are halved with each breeding. Because you only need to screen your sire and dam once, the cost of your upfront investment is reduced with each litter but your puppy price can remain the same, adding to your bottom line and making your joy and passion of breeding, if not lucrative, at least a little less expensive. In the case of a sire and dam that are both normal (or clear) for mutations, the puppies will be clear by parentage -- making them valuable to your customers and saving you money (because they shouldn't need screening if neither parent carries a copy of the mutations specific to their breeds). It's a win-win for everyone!

My Dog is Better at Computers Than I Am. How Do I Place an Order at Paw Print Genetics?

Top 10 States for Dog Bites and Tips to Avoid Bites