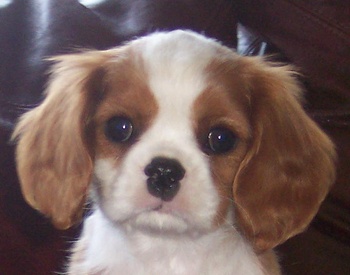 In a continuation of our discussion of puppy "health guarantees" the question is: is it feasible to expect breeders to guarantee against all congenital and genetic defects and what should breeders guarantee or promise?  It is a pervasive "wisdom" that "good" breeders will only produce healthy puppies with no genetic problems or congenital defects and a "responsible breeder" certainly would never sell a puppy with a congenital or genetic defect.  This has long been a stated or implied expectation that breeders have placed on themselves and others and a notion that has passed on as conventional wisdom regarding the purchase of a puppy.   As a result, when a problem occurs, it is to be approached with chagrin, shame or denial on the part of the breeder and blame placed on the breeder by others.  But is this expectation reasonable?    Is expecting breeders to recognize the presence of all congenital defects even feasible?

Articles like Empowering international canine inherited disorder management by BJ Wilson and CM Wade published in Mammalian Genome in Feb of 2012, and the increasing volume of canine health and genetic research illustrates the reality of genetic risk inherent in dog breeding (and indeed the risk of genetic disease most likely inherent in all living creatures to some extent).

Obviously, it is good practice for the breeder to have each puppy fully examined for issues prior to the sale of the puppy to ensure that the puppy has no parasites or heart murmur, that their ears and eyes are clear and they do not have any apparent issue like umbilical hernia or undescended testicles.  Any issues found and associated implications should be discussed with the buyer prior to their taking possession of the puppy.  But will such routine health exams by a veterinarian rule out all congenital or genetic defects and is a breeder irresponsible should they sell a puppy that turns out to have a problem?

As a human Genetic Counselor I have a great deal of experience with babies born with birth defects and other issues.  In the world today, relatively few veterinarians deal with whelping and rearing of puppies and for the majority of veterinarians, this represents an extremely small portion of their practice.  Several years ago my female delivered a puppy who I could tell was "not right" from the moment he was born.  He was the last puppy born from her last litter.  I immediately took him to my vet (who I consider to be experienced, intelligent and astute) and asked “what is wrong with him". He examined him and responded  "he is just a little different than the others-but he is fine”.

This puppy was half the size of the other puppies and his belly was oddly shaped.  He had faint black spots and almost looked brindle other places. There are no spots or brindle in his breed. Experience told me that genetic issues in infancy, small size accompanied by other unusual physical features, is a warning sign.  I was pretty certain he was not "fine" but took him home and watched him grow and develop.  I did not do anything heroic for him other than ensure that he had his turn nursing against bigger, faster, stronger litter mates and he grew, although at a slower pace than the other puppies.  At 4 weeks I took him back to the vet and again asked "what is wrong with him"? Again, I received the same general answers, "leave him alone, he is just different but he is fine".   By 5 to 6 weeks of age, it was pretty apparent that he was "slow".   All of the other puppies would come running into the house and he would be standing in the yard alone looking like "where did everybody go"?  All of the other puppies would figure out how to run around a fence to a gate to get through.  He would just stand at the fence and cry until someone came to save him.

At 8 weeks of age I took him back to the vet and said "okay, he is not fine. We need to do ultrasound and other testing to figure out what all is wrong with him".  Under my insistence, testing was done and indeed he had a number of congenital issues.   I refused to sell him to the buyers who wanted to purchase "the runt of the litter" and I kept him.  We named him Odd as he was quite an odd dog in just about every way imaginable with multiple physical and behavior oddities.    Due to the relationships I have established, he is the only dog that I personally know who has had chromosome analysis and also DNA SNP array testing, all of which were normal.  I never did learn what caused Odd's issues.

I feel that my experience as a Genetic Counselor allowed me to recognize the presence of Odd's issues prior to my placing him.  Even at my insistence, I had a difficult time convincing my vet. So how can this expectation be placed on the typical breeder?  How can a breeder be dubbed irresponsible and uncaring should they perchance have a puppy with such issues and unsuspectingly sell it to a new home, assured by their vet that "everything" (heart, ears and eyes) looked good.   Odd did have undescended testicles at his 8 week exam.  This would have defined him as a pet/non-breeding dog but this is not a rare issue.   It is something that a breeder would be wise to discuss with new owners and include in their documentation.  Such puppies need to be neutered due to the possible long-term risks associated with the undescended testes, but it is not a particular cause for alarm.

Had Odd been sold, as I believe would have been the case with most breeders, he would have been a heartbreak to the new owners.  His problems became far more problematic as he matured.   His breeder would most likely have been dubbed a bad breeder for producing such a puppy and a bad, irresponsible person for selling such a defective puppy responsible for bringing such heartache and veterinary expense to the new owners. If such a puppy were sold, it would be reasonable for the breeder to return the purchase price of the puppy and offer to take the puppy back as part of a "health guarantee against congenital defects" but is the blame that is often associated with such events helpful and is the expectation of an actual guarantee (assurance) of good health reasonable?

Certainly disreputable breeders can "guarantee" health at length because once they have their purchase price, their health guarantee is most likely worded in such a way that they are not overly concerned about doing anything.  On the other hand, responsible breeders may need to step back and consider their perspective on health in the face of mounting evidence of the reality of the risk of genetic disease in dogs and to some degree in all living creatures.    Was Odd's occurrence something genetic, inherited but rare, just one of those things that happens sometimes? I may never know but I certainly had no clue going into the breeding that a puppy like Odd would occur.   Sadly breeders with less experience in genetics can be made to feel like a puppy with issues is their fault.  This blame can be from other breeders or more understandably by the equally unsuspecting buyer who purchased such a puppy.

Genetics is complicated and difficult for breeders to grapple with but the best approach for the responsible breeder is to have eyes wide open, fully aware of the possibilities by educating themselves about the risks and potential outcomes in their breed, examining any issues that occur in their own dogs with accurate diagnosis and then doing health and genetic testing to minimize the chance for negative outcomes.  This education and information can then be passed to potential buyers.  With this information the breeder can construct a reasonable and fair health guarantee that they can feel comfortable standing behind.

"Health Guarantees" when Buying a Puppy

My Dog’s Mouth Has Been Bleeding? What Could Be Wrong?