Tweet
by Martine Huslig on May 9, 2013 in Trixie's Paw Prints 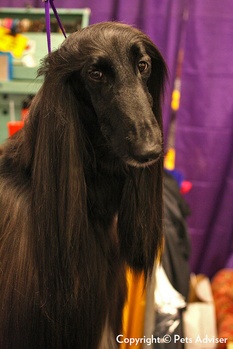 Everyone at Paw Print GeneticsTM is excited about our grand opening and bringing our clinical genetic testing services to the canine community.  As discussed in the last blog by founder and CEO, Dr. Lisa Shaffer, a great deal of time and care has gone into ensuring the quality and accuracy of our testing.  I cannot stress enough how incredibly important this validation process is and the need for the laboratory to have checks and balances to truly make certain that your canine genetic test results are accurate.

Several years ago, a friend ordered genetic testing to determine if all of the puppies her black male produced would be black or if he would have the potential to produce the other colors found in the breed.  She had several individuals who were interested in using her male but a portion of these were only interested in using him if he could produce more colors in his puppies than only black.  After paying and waiting for the results, she received the news from the laboratory that did the testing that he would only sire black puppies and informed the interested parties of this result.  Several of these elected to breed to other stud dogs.

A few years later the owner of a fawn female decided she did not care if she had an entire litter of black puppies and decided to breed to this male.  All interested parties were absolutely certain that this was the only male that the female had been bred to.  I am not certain but I believe that the late night call that came went something like this:

Breeder: "How much did Sue (names have been changed to protect the innocent) pay for that genetic test she did on Black Stud Boy?"

Breeder: "Well whatever it was, tell her that she needs to get her money back."

So, based on this inaccurate result, she lost the opportunity for her male to be bred to several nice females and lost significant income in stud fees.  But that is nothing compared to the nightmare that this could have been had this test been for a disease gene.  As the title of the last blog states: Canine Genetic Testing is Serious Business, if the breeder had specifically bred a known carrier of a genetic disease to this male under the belief that he was a non-carrier, instead of delivering "three puppies so far" that were an unexpected color, she could have been delivering three puppies now affected by genetic disease.

In human medicine, there is a great deal of experience about how genetic testing and genetic services must be provided in order to ensure accurate and informative results.  I hear many in the dog world express concerns about the "accuracy of genetic testing".   Many have had or know someone who has had a genetic test result that was clearly inaccurate.  DNA testing is extremely accurate when it is done properly with quality control, proper validation, checks and balances, when the test is known to be informative for the breed in question and when the proper testing is done on a given dogs.    The laboratory must be committed to providing accurate genetic testing with genetic counseling to ensure that the proper and relevant testing is done and that the owner has been provided with the resources needed for a full understanding of the implications of the results.

The Real Costs of Genetic Testing

Shades of Gray: What Your Dog Really Sees