Tweet
by Casey Carl on June 3, 2022 in Ask The Vet , The Veterinarian's Corner 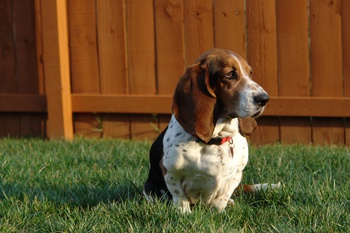 Von Willebrand disease (vWD) is arguably the most well recognized canine blood clotting disorder. A common genetic mutation in the VWF gene (first described in the Doberman pinscher in 2001) has played a significant role in increasing the recognition of vWD as a cause of clotting problems in dogs1. Genetic testing for this mild to moderate platelet disorder, known as vWD type 1 (vWD1 or vWDI), has played an important role in assisting veterinarians in diagnosis and in assisting breeders in identification of non-symptomatic carriers of the mutation prior to breeding. Since that time, dozens of other breeds have also been found to be affected by the same mutation. Thus, solidifying vWD as a potential concern for many dog lovers. In addition, other genetic mutations in the VWF gene have also been associated with more severe forms of von Willebrand disease (type 2 and type 3) in some breeds.

Despite the important role of testing some breeds for the identified vWD1 mutation, it is also important to keep in mind that hemostasis is an incredibly complex process involving multiple physiologic steps and the interaction of many protein clotting factors, various cell types, and endogenous molecules. In some breeds, other platelet disorders may be to blame for excessive bleeding.

Here we will review platelet disorders other than vWD, for which genetic testing is also currently available. In addition, we will provide the frequency of the mutations from clinical testing at Paw Print Genetics. It is important to note that Paw Print Genetics tests many related dogs which are not randomly selected dogs from the population, so the data provided may be skewed from the actual frequency of the mutation in the entire breed population. If you’d like a quick refresher on hemostasis, please refer to this link from the University of Hawaii.

In general, platelet disorders inhibit the activation, adhesion and/or aggregation of platelets at wound sites. Several genetic mutations associated with disrupting these functions have been described.

A mutation in P2RY12 gene of the greater Swiss mountain dog has been implicated in a relatively mild autosomal recessive clotting disorder. This mutation alters a G-protein-coupled platelet surface receptor (P2RY12) which normally binds the agonist adenosine diphosphate (ADP) which is released by platelets already aggregating at the site of injury3. The formation of a platelet plug is dependent upon ADP-precipitated conformational changes, activation, and improved aggregation of platelets.

In most cases, affected dogs do not display spontaneous bleeding with this disorder. However, excessive bleeding during surgery or trauma can be significant.

As of this publication date, Paw Print Genetics has tested over 375 greater Swiss mountain dogs for P2RY12 receptor platelet disorder and found that an astounding 51.4% of these dogs had at least one copy of the associated P2RY12 genetic mutation.

Affected otterhounds have been reported to show signs of abnormal bleeding as early as four weeks of age and most showed signs in their first year of life. Affected Great Pyrenees have been reported with first clinical signs between three and six months of age. Clinical signs may include epistaxis, gingival hemorrhage with tooth eruption, hematuria, ecchymosis, and excessive bleeding from trauma.

Paw Print Genetics currently tests for three different mutations of the RASGRP2 gene (previously listed as RASGRP1 by OMIA.org) associated with thrombopathia in the American Eskimo dog, basset hound, and Newfoundland, respectively. Thrombopathia is characterized by a general failure of adequate platelet aggregation at wound sites. All three mutations in the RASGRP2 gene cause alterations in the catalytic domain of a protein known as calcium-diacylglycerol guanine nucleotide exchange factor 1 (CalDAG-GEFI), which is crucial in activating protein-protein interactions associated with platelet aggregation and granule release.

Affected dogs of all affected breeds may display epistaxis, gingival hemorrhage with tooth eruption, and petechiation of mucous membranes and skin.

As of this publication date, Paw Print Genetics has tested over 170 American Eskimo dogs and and 130 Newfoundlands and landseers for their respective RASGRP2 mutations and have not identified a carrier of either mutation; thus, indicating that these mutations may be relatively rare. However, over 570 basset hounds have been tested for their respective mutation and 4.4% have been carriers of at least one copy.

If you have questions about testing for blood clotting disorders or other inherited canine diseases, please feel free to contact our knowledgeable team of veterinarians and geneticists at ppgaskus@neogen.com or give us a call during normal business hours at 509-483-5950 (8 am to 5 pm Pacific time, Monday to Friday).