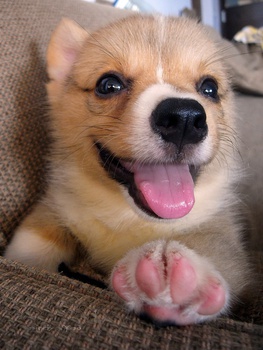 Over the past two decades, usage of genetic testing technologies has revolutionized the world of dog breeding. Once limited to selective breeding practices based upon the characteristics or disease states that could be physically observed in a dog, genetic testing has allowed dog breeders to uncover the inherited genetic variants (mutations) that are not being expressed in an individual but may be expressed in their offspring. By comparing the disease-associated mutations inherited by a dog to those of a prospective mate, informed breeding decisions can be made to avoid producing puppies with these diseases. However, despite the immense value of genetic disease testing in the production of healthy puppies, incorrect assumptions about the parentage of a litter can have disastrous consequences for the health of a kennel, even when parental genetic disease testing results are 100% accurate.

In ideal situations, potential dams and sires are tested for breed-specific, disease-associated genetic mutations prior to being bred. If both parents are found to be free of these mutations (often referred to as being “clear”), it can be assumed for practical purposes that the offspring are also clear of the same mutations. With this understanding, it is common practice for breeders of two clear breeding dogs to claim that their puppies are “clear by parentage” or “hereditary clear”. While the practice of using the clear by parentage methodology is a very valid, economical, and astute use of the science, incorrectly recorded parentage of a litter (e.g. the wrong dog is assumed to be the dam or sire) can have similar consequences to an erroneous disease testing result. The effect is particularly concerning in cases where dogs in a blood line have been cleared of diseases by parentage over multiple generations without having additional disease testing performed.

Two dogs that have tested clear of all known disease-associated mutations in their breed are believed to be the parents of a litter because they were intentionally bred. However, unbeknownst to the breeder, a different male in the kennel slipped the gate and impregnated the receptive female one day prior to the planned breeding. Rather than being clear like the planned sire, this “accidental” sire carries a single copy of a mutation associated with a recessive type of progressive retinal atrophy (PRA). Nine weeks later, puppies are born within the expected gestation period and there are no red flags to indicate that the assumed parentage may be incorrect. Based upon the testing performed on the assumed parents, the puppies go to their new homes with a “clear by parentage” label and the new owners have been granted breeding rights to eventually breed their dog. However, approximately 50% of the puppies are asymptomatic carriers of a single copy of the PRA mutation.

One of these owners eventually breeds their dog from this litter (assumed clear, but actually a carrier of PRA) to a dog that is known to be a carrier of the same PRA-associated mutation. Because breeding a recessive disease carrier to a clear dog is a common practice, the breeder expects that the litter will be made up of approximately 50% PRA-carriers and 50% clear puppies. However, since both parents are actually carriers of PRA, instead, the litter would consist of approximately 25% clear, 50% PRA-carriers, and most concerningly, 25% affected puppies which are likely to become blind by middle age.

The above example is only one of many possible situations in which incorrectly recorded parentage may lead to disease and preventable suffering. To those uninvolved in dog breeding, it may seem unusual that incorrectly recorded parentage might be a common concern. However, in the author’s experience, these parentage errors are a common cause of unexpected disease testing results, sometimes resulting in severe health consequences or damage to a kennel’s reputation. Some of the more common explanations for such a scenario include male dogs with unsupervised access (even very brief) to a dam in heat, dog sitters or family members failing to isolate intact dogs of opposite sex, breeding issues that are assumed to have prevented fertilization, and puppies from different litters of similar age accidentally getting mixed up.

To examine the potential impact of parentage recording mistakes, a recent study by the UK Kennel Club entitled “The Impact of Incorrectly Recorded Parentage on Inferred Genotypes Over Multiple Generations” was published in the journal, Canine Genetics and Epidemiology. This research specifically examined the ramifications of incorrect parentage on the false hereditary clear rate (FHCR) in a lineage. In this study, it was explained how the FHCR for any given lineage was dependent upon the false paternity rate in the population, the disease-associated mutation frequency in that population, and how many generations had passed since the parentage recording mistake. For the sake of limiting variables, the investigators assumed a false paternity rate of 5% in their mathematical model and additionally assumed that the dam was correct in all cases (even though dams are also incorrectly recorded on occasion). The increase in cumulative FHCR from generation to generation was particularly concerning in situations where disease-associated mutation frequency was high, as is seen with some individual canine mutations (e.g. mutation frequency for degenerative myelopathy, collie eye anomaly, and multidrug resistance 1 can be above 30% by themselves in some breeds). At a mutation frequency rate of 30%, the cumulative FHCR increased from 1.5% in the first generation to a shocking 13% in the tenth generation. Meaning that 13 out of every 100 dogs born over the 10 consecutive generations would be inaccurately labeled as “hereditary clear”.

As a result of their findings in this study, the Kennel Club has opted to change policy regarding hereditary clear status for registered puppies, effective January 2022, by limiting clear by parentage status to two generations unless lineage testing has been performed. Similarly, the American Kennel Club limits clear by parentage designation to a single generation for registration of puppies with their database partner, Orthopedic Foundation for Animals (OFA).

Paw Print Genetics (PPG) offers both parentage testing and clear by parentage certification for puppies that have been confirmed as offspring from disease-tested parents. Though Paw Print Genetics  parentage testing cannot be used to confirm lineage for AKC registration (testing for AKC registration must be ordered through the organization), it is a valuable tool used by many breeders for lineage verification and the assurance that no puppies will be born with preventable inherited disease due to a parentage recording error at their kennel. If you have questions about PPG parentage testing or questions regarding PPG’s extensive list of tests for canine genetic diseases, traits, and coat colors, feel free to email us at AskUs@pawprintgenetics.com or give us a call at 509-483-5950 (Monday through Friday; 8 am to 5 pm Pacific time)

Incorrectly recorded parentage is one of several factors which hinder the effective use of genetic health testing in dog breeding. Poor laboratory quality is also a well-documented cause of inaccurate or unreliable test results that can negate the value of genetic testing and not all clinical veterinary genetics laboratories are created equal. The scientific team at PPG has implemented standards used in human clinical genetic testing to prevent erroneous results and have written the first guidelines and standards for clinical canine genetics laboratories as published in the journal, Human Genetics. These standards include important considerations to perform proper sample handling, sample identification, and assay validation with the goals of preventing sample handling errors and to confirm that testing being performed can accurately and reliably detect the mutations they are designed to detect. In addition, PPG has developed two completely independent assays (each validated to at least 99% accuracy) to detect the mutations associated with each disease and trait test offered. Results from PPG are only reported out if data on both independent assays match. If not, a third independent method may be used to interpret the findings or, in some rare circumstances, new samples may be requested. This ensures that the accuracy and reliability of PPG testing is second to none in the clinical veterinary genetic testing industry.

Knowledge is Power in Dog Breeding