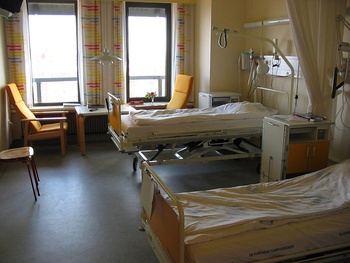 Like many scientists, I despise conventional wisdom. Given that I’m a veterinarian, this is especially true when it comes to medical conventional wisdom; the type of beliefs I remember many adults from my childhood relaying as fact that, I too, held as true for many years. Despite what my family told me in youth, I’ve since learned that shaving my body hair didn’t actually make it thicker, that reading in low light didn’t hurt my eyesight, and that vitamin C didn’t cure my cold. Nearly every day you can find postings on social media that appear to be based on fact, but are actually pieces of 21st century conventional wisdom. One such Facebook posting recently struck near and dear to my veterinary heart. The posting was a link to an article discussing the ways dog ownership can improve our health. After reading the story, I decided to do some digging to see if there was science behind the claims being made. Since childhood, I had heard that pet ownership was good for our health. I heard it lowered blood pressure, prevented heart attacks, and otherwise improved our quality of life. But is it true?

Finding good evidence to support or dispute health claims of pet ownership was not entirely easy. Though there are a relatively large number of studies looking at this topic, not many fit the criteria of best scientific practices. Some didn’t have enough people in the study to make strong conclusions, many did not examine a random sample of people from the population, and other studies had confounding variables that made statistical analysis of the study difficult. Though I am not entirely convinced, it does appear that there are health benefits of pet ownership. If we expand our thinking about health to include not only the physiological and biological status of a person, but also their social, mental, and psychological health, there may be even more evidence to support claims that pet ownership improves health.

Two compelling studies1,2 showed that heart attack patients who owned a pet had a greater 1-year survival rate than non-owners of pets even after accounting for disease severity and social support systems. Though these findings are very interesting, it is not known what aspects of pet ownership were most important for improving patients’ survival rate. Is it that pet owners were more active because of their pets (i.e. dog walking) or is it mental health benefits that contributed the most to the owners’ recovery and survival? As pointed out by one of the study authors1, it is also possible that people who choose to own pets had a “personality or social condition” that influenced their survival rate. In contrast to the findings of these two studies, another study3 found no association between pet ownership and 6-month survival rates for heart attack patients. In fact, cat owners were more likely to be readmitted to the hospital than non-owners. Unfortunately, this type of conflicting evidence exists for most of the studies looking at the subject of pet ownership and human health benefits.

While the two studies mentioned above seem to point to a possible connection between pet ownership and improved medical outcomes, three studies examining random samples of Australian adults4-6 failed to find any positive health effects of pet ownership. The authors of one of these studies5 even found that on average, pet owners actually had a higher diastolic blood pressure and body-mass index, were more likely to smoke, and undertook milder physical activity than non-owners. The other two studies4,6 did not find a difference in either physical or mental health measures between pet owners and non-owners.

One of the areas of study that arguably holds the most weight for the benefits of pet ownership and health are changes in objective, physiologic measurements during the active process of petting an animal or being in a pet’s presence. There are many studies showing health friendly benefits of these activities including decreases in blood pressure, blood cortisol levels, and heart rate. In addition, there are a significant number of other studies using surveys in which people report increased social activity, improved mood and self-esteem, and decreased loneliness as benefits of pet ownership. However, it is not known whether immediate stress relieving benefits or improvement in mental state due to interaction with your pet equate to long-term mental or physical health benefits for pet owners. Philosophically, maybe it doesn’t matter.

If we look at life as a series of events, a larger number of positively perceived events should (hypothetically) improve our overall quality of life, even if they don’t change our long-term health. Given that many people have improved physiological stress responses and self-reported improvement in mental wellbeing during pet interactions, it could follow that pet owners likely have an overall improvement in their quality of life regardless of their overall longevity or long-term health parameters. When taking a more holistic view of life quality than purely physical health, pet ownership may benefit us in ways that are not easy to prove in a scientific study. Likely similar to other pet owners, I know that my dog brings me great joy and improves my personal quality of life. Maybe on this one issue, even without firm scientific evidence, I’ll agree with the conventional wisdom.

Breed of the Week: Maltese

Breed of the Week: Great Dane