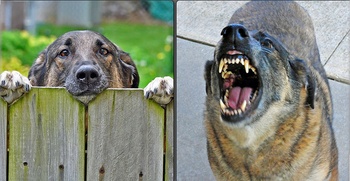 Young children, with their jerky, unstable motions, uncanny ability to surprise and eye-level height with canines, suffer the most and worst bites. The disfigurement of a child takes only a moment, but can last a lifetime. Those lasting bites are also the ones that cost homeowners the most financially.

Every dog owner must be vigilant in controlling and desensitizing their dog under all circumstances. They also need to make sure others don’t do something to provoke a bite; the burden falls to the owner.

Steps you can take to help reduce the chance of a bite include educating your children about interacting with dogs (those that they both know and don’t) and socializing your dog from a young age.

Proper socialization of a puppy includes positive experiences in a myriad of locations, circumstance and with different types of people. For a dog, setting is everything; from floor type to the number of people present to the noise level, a dog takes it all in and catalogs it in his brain. It becomes part of his survival mechanism. If he has pleasant experiences, it reduces the apprehension and anxiety of a similar situation later on in life, which makes him less likely to bite out of fear.

Maintaining physical and psychological control of your dog is important, too. Collars with a stout fixed-length leash attached go a long way to helping control your dog physically, while thoroughly ingraining basic obedience (sit, stay, heel, here, etc.) to perfection affects a dog mentally and can be used to physically relocate a dog during a potentially confrontational situation.