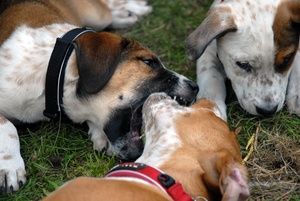 According to recommendations from the American Veterinary Society of Animal Behavior, if your dog has had its first vaccinations, get them out into the world to explore and meet new friends. Prior to their first round of shots, and even afterward, maternal antibodies help protect your new pup from diseases. When those maternal antibodies begin to wear off and the pup’s ...

Continue Reading 0 comments
Tweet
by Brian Lynn on June 7, 2013 in All Things Dog 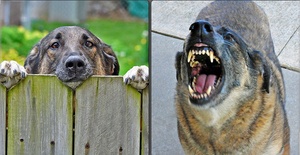 Young children, with their jerky, unstable motions, uncanny ability to surprise and eye-level height with canines, suffer the most and worst bites. The disfigurement of a child takes only a moment, but can last a lifetime. Those lasting bites are also the ones ...