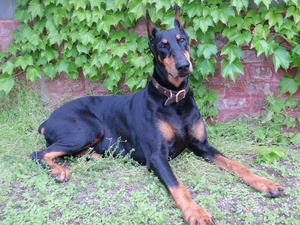 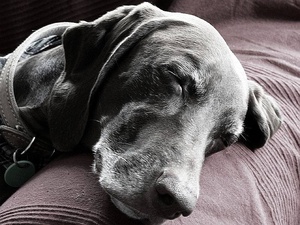 If I could be a dog for a week, I think I would enjoy sleeping the most. I’ve occasionally found myself jealous of my little terrier mix, snoring away as I wipe the sleep from my eyes in an attempt to get my day started. On his back, with all four legs in the air and dreams of rawhides in his head, he frequently reminds me that life doesn’t always have to be such a rat race. While both dogs and humans tend to share their appreciation for a little “R and R”, there are many conditions where sleep is no longer just a common necessity, but a frustrating burden. Whether it’s an inability to sleep or an inability to stay awake, most people with sleep disorders will attest to the overall decrease in life quality due to their sleep disturbance. One such troubling disorder that we share in common with our dogs is narcolepsy.

Narcolepsy is a rare condition marked by excessive daytime sleepiness frequently accompanied by a phenomenon known as cataplexy. Cataplexy is a non-painful recurring condition caused by acute episodes of decreased muscle function leading to a variable clinical presentation from mild muscle weakness to complete collapse ...