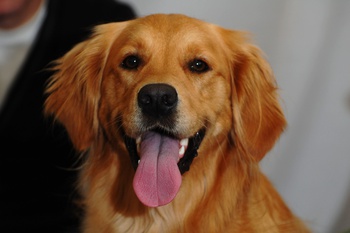 As the name indicates, direct genetic testing is a general term for any genetic testing technique which looks for the presence of the specific genetic variant (mutation) known to play a causal role in a particular disease or trait. Therefore, regardless of which genotyping technique used, test results obtained from direct testing identify the presence or absence of the specific mutation that has been associated with the disease or trait. Barring differences in quality of laboratory practices and test development, direct testing is therefore the ideal method to detect a specific mutation. Furthermore, identifying the precise causative mutation in a DNA sample from a dog allows one to draw appropriate conclusions about the implications of this mutation in this dog and it’s offspring based on the previously published scientific studies. However, this type of testing is not always available for every disease or trait.

In some cases, indirect testing is performed because the specific causal mutation is not known. Genetic association studies play a crucial role in discovery of disease or trait-causing mutations. To find a causal mutation, the genomes of many individuals are examined by a variety of techniques to determine which genetic variants are present in every animal with the disease or trait being evaluated. To complete the correlation, these same genetic variants must also be absent from animals which have not developed that disease or trait.

In some cases, indirect testing is performed because methodologies employed by a laboratory may be limited in their ability to detect certain types of mutations or the specific tests developed by the laboratory were not designed to detect the precise causative mutation. For example, microarrays are a high throughput testing technology with profound power for examining large numbers of genes simultaneously from a single DNA sample. Despite their exceptional utility in genetic testing, microarrays also have some limitations. Without going into a complicated explanation of microarray technology, one specific limitation of microarrays is that direct genetic testing for a specific genetic mutation may not always be possible if the microarray was designed without that mutation in mind. Therefore, if a disease-associated genetic mutation is discovered after the microarray is designed, direct testing for that mutation is not possible if a test for that specific mutation is not present on the microarray. Thus, a linked marker that is located near the causative mutation and present on the microarray can serve as an indirect test for the disease or trait. Using a linked marker may be the only possible way for that laboratory to assess a dog’s sample unless the microarray is redesigned to detect the precise causative mutation. In ideal situations, the linked marker selected would be 100% correlated with the disease and therefore, 100% correlated with the inheritance of the causal mutation. However, it is not always possible to find a marker with such a reliable and strong linkage. Laboratories using linked markers should provide the reliability of the information being provided so that breeders understand if the information can be used in their breeding program.

For a linked marker and causal mutation to be found in strong linkage disequilibrium, the two variants must be in close genomic proximity. Linkage disequilibrium refers to the nonrandom association of a marker with the actual disease or trait variant. The closer the marker and actual mutation are found on the chromosome, the tighter the linkage disequilibrium. The reasons behind this are based in reproduction. During the formation of gametes in meiosis, homologous chromosomes (the chromosome pair) undergo a process known as crossing over, marked by exchange of genetic material between the pair of chromosomes. Crossing over is an important process for increasing genetic diversity within a population through creation of unique genetic sequences. Although increases in genetic diversity are typically considered advantageous for a species, in some cases, crossing over can wreak havoc on the use of an indirect genetic test. The larger the distance between a linked marker and causal mutation, the higher the likelihood that a crossover event could occur between the variants. Thus, breaking the linkage between the previously linked marker and the causal mutation and providing the incorrect interpretation of the genotype on the dog.

Due to the potential concerns involving indirect genetic testing, all tests offered at Paw Print Genetics are direct genetic tests for the causal mutation unless only a linked marker for the disease is known. This is true whether ordering breed-specific testing through the Paw Print Genetics website or genetic screening through our popular Canine HealthCheck. If you have additional questions about genetic testing, please feel free to contact us via email at AskUs@pawprintgenetics.com or give us a call at 509-483-5950 during business hours (8 am to 5 pm Pacific time, Monday to Friday) to speak with one of our knowledgeable and friendly staff.