Tweet
by Casey Carl on July 2, 2019 in The Veterinarian's Corner 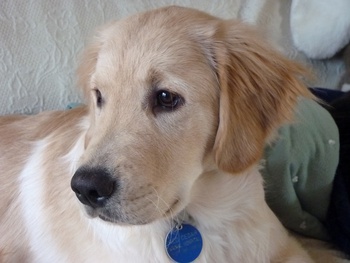 Every veterinarian leaves veterinary school with a mental laundry list of animal diseases and their textbook presentations. While this knowledge serves the young graduate well in most circumstances, with clinical experience and mentorship comes the ability for veterinarians to expand their mental notes about the various ways some diseases can present in the real world. For some inherited canine diseases, genetic testing has allowed the practitioner to correlate a broader set of clinical signs for dogs affected by identical underlying genetic mutations. This variability in disease phenotype, known as variable expressivity, is a result of the combined effect of all genetic and environmental factors influencing each individual and can add significant challenge to some diagnoses. However, supplementing a disease workup with genetic test results can prove invaluable in diagnosing inherited diseases that have the frustrating attribute of rarely presenting the same way twice.

Now known to occur in well over a dozen breeds, the recessively inherited collie eye anomaly or CEA (also known as choroidal hypoplasia) is a relatively common eye disease of dogs and a good example of a disorder which can have diagnostic challenges due to its phenotypic variability. CEA is caused by a deletion in the canine NHEJ1 gene which, when inherited from each parent, results in abnormal development of the choroid; a vascular layer of the eye important in supplying oxygen and nutrients to the retina and surrounding tissues. Some rare CEA-affected dogs can display severe issues related to inadequate development of this layer including colobomas of the optic nerve and adjacent fundus, microphthalmia, retinal detachment, and intraocular hemorrhage; all potentially disrupting normal vision.

However, it is the more common, mild cases of CEA that may arguably present a bigger challenge when it comes to diagnosis. Mild cases of CEA are marked by a classic focal region of choroidal hypoplasia appearing as a pale area of variable size, lateral to the optic disk on eye exam. Dogs with only minor defects of the chorioretinal region may go undiagnosed after around 10 to 12 weeks of age when the maturing retina undergoes a process of pigmentation and tapetal development, masking these lesions. Dogs homozygous for the NHEJ1 mutation which “go normal” (a common phrase used to describe this phenomenon) have historically made CEA a difficult disease to control as mildly affected dogs may easily go undiagnosed in the absence of genetic testing yet, may be at risk of producing more severely affected puppies when bred. In addition, identification of unaffected carriers of CEA (dogs which have inherited a single copy of the mutation from one parent) allows breeders to avoid producing affected dogs by only allowing carriers to breed to dogs which have not inherited the mutation.

Ichthyosis of the Golden Retriever

The recessively inherited skin disorder ichthyosis, as seen in the golden retriever (I-GR), is another disease which can show wide variation in expressivity from individual to individual and potentially confuse diagnosis. I-GR is marked by a decreased ability of corneodesmosomes to undergo the normal degradation process crucial for normal (nearly imperceptible) shedding of outer skin layers. Instead of individual or small groups of skin cells, dogs with I-GR tend to slough off large sheets of skin cells which give the disease its classic presentation including white to gray scales and a thickened stratum corneum layer. However, I-GR is not the only potential cause of similar appearing skin scaling in dogs, making genetic testing a particularly useful adjunct testing modality in many cases.

A majority of dogs affected with I-GR display relatively minor clinical signs which may be classified as more of an aesthetic concern than a cause of canine suffering. In fact, some dogs which have inherited two copies of the associated canine PNPLA1 gene mutation (placing them at risk for I-GR), can be so mild as to not show any perceptible signs of disease (another example of variable expressivity) while other mildly affected dogs may only show signs of scaling in the first year of life or during other health events (e.g. other disease, pregnancy). Dogs with a more severe presentation may have significant scaling throughout their lives which requires medical maintenance including frequent bathing to prevent excessive scaling and secondary bacterial and/or fungal infections. Dogs with I-GR will also frequently develop thickened, hyperpigmented skin, especially on non-haired regions of the body.

Since the genetic and environmental factors modifying I-GR presentation are unknown and because apparently asymptomatic homozygous mutants may still produce severely affected puppies, performing genetic testing for I-GR in dogs before breeding or in dogs with only mild presentations may be crucial in controlling this disease and to appropriately treat affected dogs.

The diseases discussed here are just two of many inherited disorders showing significant phenotypic variation. Having a resource like Paw Print Genetics to perform genetic testing and to help provide information about certain inherited diseases may greatly improve the speed at which a diagnosis is obtained and improve overall medical outcomes. Other canine diseases, showing variable expressivity, yet capable of being detected through genetic testing are coagulation factor VII deficiency, persistent Mullerian duct syndrome, spinal dysraphism, and von Willebrand disease I.

If you have questions about a particular case or would like to obtain information to aid you in an inherited disease diagnosis, please feel free to contact the knowledgeable team of Paw Print Genetics geneticists and veterinarians at AskUs@pawprintgenetics.com or 509-483-5950 during our normal operating hours (8 am to 5pm Pacific time; Monday through Friday).

Fireworks and Fido: How to Make It Through the July 4th Holiday

Knowledge is Power in Dog Breeding