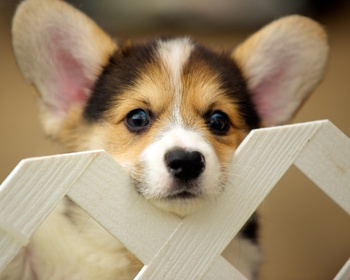 Once only a dream for dog lovers, technological advances in the sciences have now made testing for certain inherited diseases a mainstay of modern dog breeding. With knowledge of specific, disease-associated genetic mutations and an understanding of how these diseases are inherited, tests can be developed to identify dams and sires at risk of producing affected puppies. With this knowledge, informed decisions can be made in selecting mates which can safely be bred together.

As the Associate Medical Director at Paw Print Genetics, I have heard many different strategies employed by our clients to get required or recommended health clearances performed on their dogs prior to breeding. Some choose to break up the testing over time to spread out the cost and many choose one type of health clearance to be performed first with other testing to be completed upon the results of the first round of testing. For a variety of reasons, I propose that performing genetic testing on breeding dogs prior to other health clearances is a practical option that may be in the best interest for many breeders.

Test at Any Age

One advantage to performing genetic health testing prior to other clearances is that genetic testing can be performed at any age. Long before the recommended age to complete hip and elbow health clearances via radiography (typically done after 24 months of age), genetic testing results can help with planning your dog’s future. Early identification of undesirable genetic mutations allows breeders and owners to make decisions about breeding and training earlier. In addition, late-onset diseases such as some forms of progressive retinal atrophy or dilated cardiomyopathy (as seen in the Doberman pinscher) may not be identified on veterinary eye or heart exams, respectively, until closer to the time that affected dogs begin showing clinical signs. It is for this reason that eye and cardiac exams are often recommended annually by breed clubs. By contrast, genetic testing can definitively identify dogs that are likely to develop the known forms of progressive retinal atrophy or identify dogs that are at significantly increased risk of dilated cardiomyopathy long before these diseases could be diagnosed through a veterinarian.

Whether it means that a promising, future breeding dog ends up as a pet or whether you opt not to make a significant investment in training your dog for hunting, early decisions will save significant time and money. With profit margins being as slim as they are sometimes in the world of dog breeding, early decision making can make the difference between business success and business failure.

While it is not true for all genetic diseases, the majority of canine diseases with a known genetic cause display complete penetrance. Complete penetrance means that a dog with a disease-associated mutation would have a nearly 100% chance of developing the condition in question. However, the number of copies of the mutation needed to cause disease may differ by the mutation. For example, in recessive diseases, a puppy would have to inherit one copy of the mutation from each parent (2 copies total) to be at risk. In contrast, a dog only needs one copy of the mutation from a single parent to place the dog at risk of a dominantly inherited disease. In addition, dogs found to be at risk of a late-onset condition are expected to show clinical signs if they live long enough to develop the disease. Armed with genetic test results on a dam and sire, it is possible to avoid producing diseased puppies by choosing genetically compatible mates (e.g. two carriers of a recessive disease should not be bred together). Since one of the goals of canine health clearances is to identify good candidates for breeding, performing testing with more reliable information first, may help a breeder decide earlier how to proceed.

By contrast, the development of diseases with suspected multifactorial causes (such as hip and elbow dysplasia) are not always so predictable for puppies of tested parents, regardless of the parents’ hip or elbow grades. Though hip and elbow grading and selective breeding is likely to help decrease the incidence of dysplasia cases over generations, it is not uncommon for a dysplastic puppy to be born to parents with good or excellent joints on exam. Therefore, making these grading schemes less useful for predicting the health of future puppies than many genetic testing results. In addition, joint grading schemes have been shown to display some level of subjectivity with some schemes being more prone to variability between radiologists than others.

If you have questions about how early genetic testing could help your breeding program or if you have general canine genetic questions, please feel free to contact Paw Print Genetics at AskUs@pawprintgenetics.com or call our friendly, helpful laboratory staff at 509-483-5950.

Happy New Year, from the CEO of Paw Print Genetics