Last week I attended the Purina Sporting Dog Summit in Gray Summit, Mo., at the Purina Event Center, which is part of the larger Purina Farms that is open to the public year-round and provides free family entertainment and education. The theme of the summit was “achieving a performance edge” and it featured some of the best trainers and handlers of high-performance sporting dogs from across the country, as well as media representatives.

Just to be in the same room with these trainers and handlers was an honor. The sheer amount of dog knowledge in that room, across all venues, was astounding. As a hunter and hunt-test fan, to meet and talk with the biggest names in the retriever and pointing-dog worlds was overwhelming – trying not to sound like a star-struck idiot was even more of a challenge. Here’s just a glimpse of the people in attendance:

Tom Dokken: Owner of Dokken’s Oak Ridge Kennels, the largest gun dog training kennel in the upper half of the US, and Dokken Dog Supply, Tom invented the popular Dokken Deadfowl Trainer and has been training gundogs for more than 30 years.

Danny Farmer: Elected to the Retriever Hall of Fame in ...

Continue Reading 0 comments
Tweet
by Brian Lynn on June 11, 2014 in All Things Dog 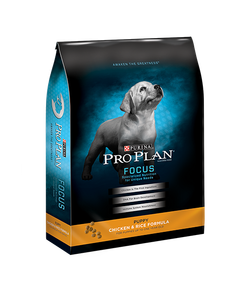 Puppy-formula foods have been around for a long time. Theories, myths, personal beliefs and veterinarian recommendations concerning them began to form about 31 seconds after they hit store shelves. This mass of information and misinformation can make it confusing for a puppy owner to know what to feed and when to switch a puppy to an adult formula.

When my dogs were young, a popular theory was to switch a dog off of a puppy formula at around six months of age. It was believed that puppy formulas were too hot and caused bones to develop too fast. I switched both dogs, the lazy bulldog and active Labrador, to performance formulas at about that age. Both developed well and with no issues. But was it the right thing to do and does the advice still apply?

It turns out that a ton of research and changes have taken place around puppy formulas in the last 10 to 15 years, and that’s always good news – for knowledge, whether it proves or disproves your position, is a means to a better end.

“The myth of switching a puppy to adult food early persists to this day. It started at a time ...