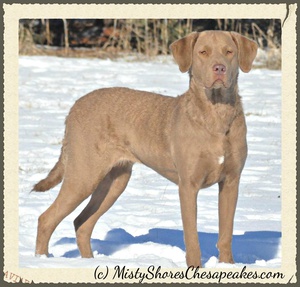 The following is a review written by a Paw Print Genetics' customer, Tina Cox, reposted here with her permission.  You can find her entire review on her website.

Recently I used Paw Print Genetics to do some genetic testing on Maia.

I was introduced to them a couple years ago through friends on Facebook. I kept seeing all these posts about the site so I thought I should check this out. What I found was a place to do my major genetic testing at a price I could afford while not skimping on quality. This is from the homepage of their website…

Our laboratory is staffed with expertly trained geneticists, veterinarians, and technicians. We are equipped with the latest testing technology and analyze each mutation with two independent methods to provide you the highest accuracy in the industry.

Continue Reading 0 comments
Tweet
by Brian Lynn on June 24, 2014 in All Things Dog 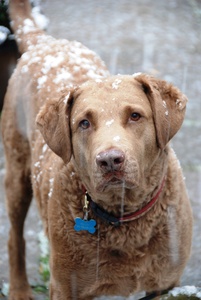 Continue Reading 0 comments
Tweet
by Brian Lynn on Dec. 6, 2013 in Breed of the Week 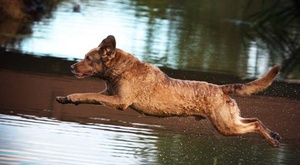 The only retriever developed exclusively in the United States, the Chesapeake Bay retriever embodies the work ethic and hardiness of the American spirit at a time when the new country was first being settled.

Developed from two Newfoundlands (or perhaps St. Johns water dogs) rescued from a sinking brigantine off the coast of Maryland, Chessie ancestry likely includes flat- and curly-coated retrievers, perhaps spaniels and probably hounds from the local area. This combination of water-loving breeds with strong scenting ability produced a thick-coated and persistent working dog. And work they did.

The Chessie’s primary duty in the early 1800s was that of waterfowl retriever – which remains true today. They were used extensively by market hunters, who with their large punt guns could decimate flocks of ducks and geese, which the retrievers picked up – sometimes hundreds in a single day. Legend has it that Chesapeake Bay retrievers were dual-use dogs – they retrieved waterfowl by day and guarded the boats, guns and day’s haul at night while the market hunters caroused in waterfront saloons – and this is what has led to stereotyped traits in the modern breed (one-man dogs, strong guarding instincts, apt to bite, etc.). While market ...