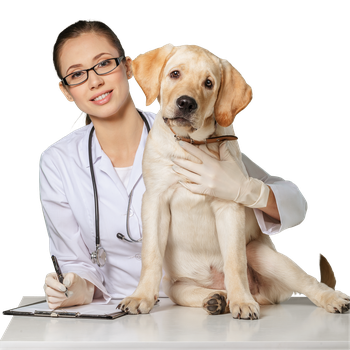 The liver disease, copper toxicosis (CT) has become a hot topic among Labrador retriever breeders and dog owners with the arrival of a new genetic test which identifies two recently described mutations found in Labradors associated with opposite effects on the amount of dietary copper stored in the liver. As with all new canine genetic tests, questions and concerns may arise from breeders about how to interpret their dog’s test results, how to use this information to maintain the health of their dog, and how to use the information for their breeding program.

What is liver copper toxicosis?

Copper toxicosis is an inherited metabolic disease affecting Labrador retrievers and other breeds, which can result in chronic liver failure. Dogs with copper toxicosis have a decreased ability to excrete dietary copper from the body resulting in excessive copper storage in tissues and organs, including the liver, which can result in liver damage, subsequent cirrhosis and the inability of the liver to function properly. Though the age of onset and speed of disease progression are variable, most affected dogs will present in middle age with non-specific signs of liver dysfunction including weight loss, lethargy, weakness, vomiting, diarrhea, and abdominal pain. In late stages of disease, affected dogs may develop signs of liver failure including abdominal swelling, jaundice, and neurologic problems.  Excessive suffering may need to result in euthanasia of the dog when the disease can no longer be managed to maintain quality of life with minimal pain.

In a study1 published in 2016 by Dr. Hille Fieten and colleagues in the journal, Disease Models and Mechanisms, increased liver storage of copper in Labrador retrievers was associated with a mutation in the canine ATP7B gene. In severe cases, excessive liver copper accumulation causes inflammation resulting in cirrhosis (liver scarring) and death, often by middle age. In contrast, a different mutation in the similarly named, but different gene, the ATP7A gene, was found to significantly decrease liver copper storage and provide a protective effect against CT in dogs which had also inherited the ATP7B mutation. Dogs inheriting the ATP7A mutation in the absence of the ATP7B mutation, did not appear to be positively or negatively affected with regard to copper storage and the ability of the body to process copper.

When using the CT test results to make breeding decisions it is important to take into account the level of CT risk associated with the ATP7B mutation and the frequency of this mutation in the Labrador population.

It was estimated by Fieten and colleagues1 that less than half (about 42%) of the difference or variation in liver copper score (which measures the amount of copper stored) between individuals is due to genetic factors with the ATP7A and ATP7B mutations accounting for approximately 12.5% of the total genetic contribution. So, even if a dog has inherited the ATP7B mutation, it is important to remember that more than half of the dog’s overall CT risk is due to non-genetic factors including copper ingested in their food and water, the most common source of copper in the body. The risk associated with inheriting the ATP7B mutation is significant and some of these dogs will develop disease as a result (especially dogs inheriting two ATP7B mutations), but inheriting one or two copies of the mutation does not mean that the dog will ultimately get CT. The significant number of non-genetic risk factors and potentially other genetic markers that contribute to the disease make calculating overall risk of CT in dogs with the ATP7B mutation challenging as each dog will have their own risk factors. Thus, breeders can use this test as one measurement of CT risk and with this information, may try to eliminate this mutation from their lines, knowing that there may be other genetic and nongenetic factors that can cause CT in dogs in the absence of the ATP7B mutation. Having a marker is one step towards eliminating one specific cause of CT in Labradors.

Frequency of the Mutations in the Labrador Population

In the Paw Print Genetics laboratory, the frequency of the ATP7B mutation has been found to be relatively high.  As of July 2017, approximately 37% of the dogs tested have been carriers of a single copy of the mutation while approximately 4% have inherited two copies. Please keep in mind that these numbers likely do not reflect the frequency of mutation in the whole breed, as PPG tests litters and other related dogs. However, these frequencies have not changed substantially over time as we test more dogs and include dogs from multiple bloodlines; as we collect more data we will be able to better address the question of frequency among Labrador retrievers.

Given that ingested food and water are the primary source of copper in the body, questions about feeding low copper diets to dogs with the ATP7B mutation to prevent CT have been among the most common concerns. Although many veterinarians may suggest low copper diets or other treatment options, to our knowledge, no studies have been conducted to examine the benefits or risks of initiating a low copper diet on Labradors with the ATP7B mutation and no recommended daily copper intake has been established for these dogs.

Orally administered liver protectants such as S-adenosylmethionine (SAMe) or vitamin E may be helpful to prevent damage associated with excess copper storage and may potentially be of benefit to dogs that have inherited the ATP7B mutation, but have not yet shown signs of disease. Though a low copper diet and liver protecting supplements have proven beneficial in cases of CT in other breeds with other causes, nutritional manipulation and supplementation should only be instituted under very strict guidance of a veterinarian well versed in nutrition and internal medicine.

Though the CT genetic test can be performed at any age, learning about the ATP7B status of a dog when it is a puppy is most beneficial from a monitoring standpoint. It is prudent for dogs with the ATP7B mutation to have regular veterinary exams and bloodwork to monitor for liver enzyme elevations indicative of liver disease. Elevation of liver enzymes on bloodwork combined with CT genetic test results showing ATP7B inheritance may indicate that a dog is in the early stages of copper toxicosis. However, other causes of liver disease will need to be ruled out as liver enzyme elevation is a general sign of liver disease due to many potential causes.

Treatment for confirmed copper toxicosis is beyond the scope of this writing, but treatments for copper toxicosis (from any cause) that a veterinarian may recommend may involve a dietary change to a low copper diet and/or treatment known as chelation therapy to help eliminate excess copper from the body. We advise that any dog showing one or two copies of the ATP7B mutation to be closely monitored by their veterinarian and treated based on the advice of the attending veterinarian who has knowledge of the disease and the dog.