Tweet
by Martine Huslig on April 12, 2013 in Trixie's Paw Prints 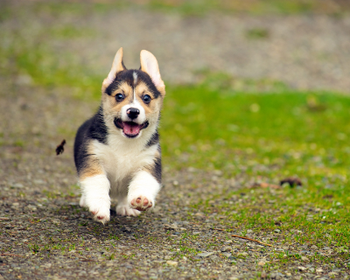 With a slightly different focus I want to discuss specifically how this affects the "accuracy" of genetic testing. We all know genetic testing is "very accurate." But that assumes you are testing for the right thing and that the specific gene test is informative. One example is the melanophilin gene. Two different mutations related to this gene have been identified to be associated with dilute coat color (called blue or the "grey ghost" for the diluted brown color seen in the Weimaraner). Many of the dogs that actually have dilute coat color test negative for one of these two mutations; they test positive for the other mutation. That mutation for dilute is "uninformative" in these breeds is because none of the dilute dogs in the breed test positive for that gene mutation. Testing dogs in those breeds for this mutation does not tell you anything. Genetics is all about "family." If an affected family member (or affected dog of the same breed) tests negative for a given mutation then a negative genetic test result does not give you information of value, it is "uninformative."

In much the same vein I have never known a Briard with luxating patellas so I am not certain how helpful a health screening documenting normal patellas is in a Briard. Just as a normal genetic test for progressive retinal atrophy, rod-cone dysplasia 3-would not be particular helpful in the breed. This gene has not been documented to occur in Briards. On the other hand, knowing that a Briard is negative for congenital stationary night blindness gene mutation or that a Cardigan Welsh Corgi is negative for the progressive retinal atrophy, rod-cone dysplasia 3 gene mutation is extremely informative and valuable information anytime you are considering breeding these dogs. It is hard to imagine that this precious little guy pictured could have a gene mutation but even if he goes on to be a nearly perfect looking and hard working example of his breed, it is inevitable that he is a carrier for some sort of negative gene mutation(s). Testing for those gene mutations that are known to occur in the breed can be used to eliminate the risk of producing puppies with these problems; while testing for genes that do not have a risk in a particular breed s not helpful and in some cases even misleading. This is why Paw Print Genetics™ will offer Genetic Counseling as part of their genetic testing services to ensure that people will receive meaningful genetic test results. Additionally, if you have a dog diagnosed with a genetic disorder in which a specific gene mutation has been identified in a different breed, but the mutation has not been established as informative for your breed, please contact us, as we may be interested in testing a sample from your dog.

Understanding the Genetics of Disease in Your Dog