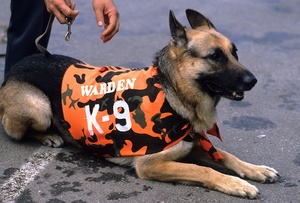 German shepherds are intelligent and hard-working dogs who need daily stimulation and ...