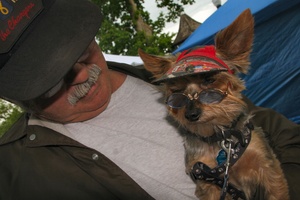 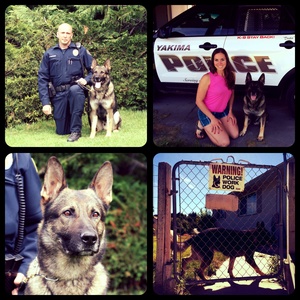 Fast forward 20-plus years. I did not become a K-9 cop, but I do work for a company whose mission is to help all dogs, including those in uniform, achieve optimal genetic health through our DNA testing process. Paw Print Genetics is currently working on a research study involving police ...

Continue Reading 0 comments
Tweet
by Brian Lynn on May 29, 2014 in All Things Dog 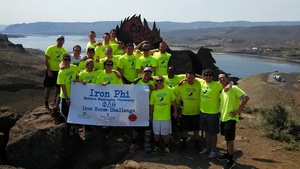 Paw Print Genetics is dedicated to bettering canine genetic health by providing the most accurate and reliable genetic screening for disease-causing mutations. We pride ourselves on the customer service given to each client, and even those just curious about genetics or healthy dogs in general. We want to be your definitive resource for canine genetic health. If you have questions about genetics, we’re here to help. If you need your dog screened for genetic mutations, we can do that with 100-percent accuracy.

But canine health isn't our only concern that we support. Several members of the Paw Print Genetics team donate time and money to help create awareness and fundraise for national organizations at the local level that engage in disease-fighting research for humans, too.

As an undergraduate, I was a member of Phi Delta Theta fraternity. Now that I’ve returned to my old stomping grounds, I’ve become involved with the local chapter again as the advisor. About two years ago, the chapter decided to take part in the national fraternity’s Iron Phi program, which raises funds for the ALS Association to raise awareness of and research for the disease commonly known as Lou Gehrig’s Disease. The ALS Association ...