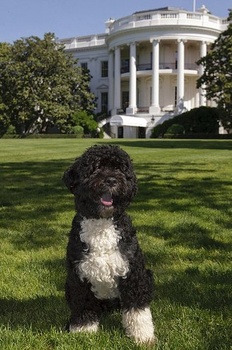 Selective breeding for particular behavioral and physical characteristics has made the domestic dog one of the most fascinating case studies in species domestication. The massive amount of diversity that humans have bred into their canine companions is unmatched by other species, domestic or otherwise. It is fun to imagine how unusual it would seem if humans were routinely as physically diverse as Chihuahuas and mastiffs!

One trait that has been selected for in some dog breeds is a trait known as “furnishings”. For the uninformed, furnishings are a trait marked by a wiry hair texture as well as increased hair growth on the face and legs. This trait is important to some breeders as it is associated with the presence of a canine moustache and long eyebrows which are listed as breed standards for some breeds. Dogs of these breeds that are born without furnishings are often said to have been born with an “improper coat” (a term frequently used by breeders). In 2010, a mutation in the RSPO2 gene was discovered to be responsible for the presence of furnishings in the Portuguese water dog. Since then, tests for this trait have been developed allowing for discovery of the same mutation in other breeds. In some breeds such as the lagotto Romagnolo, Portuguese water dog, and poodle crosses (e.g. labradoodle), genetic testing of breeding dogs for this mutation has become relatively commonplace due to the occasional birth of puppies with improper coats.

Furnishings are inherited in a dominant fashion meaning that dogs only need to inherit a single copy of the RSPO2 mutation from one of their parents in order to develop the characteristic, long facial hair. However, this can create a dilemma for breeders because dogs with only one copy of the mutation are, by definition, carriers of improper coat despite their own “proper” appearance. If bred with another carrier of improper coat, about 25% of the puppies will be born without furnishings. This is a particular concern for breeders of hybrid dogs such as the labradoodle, because the poodle is known to be “fixed” for the furnishings trait (two copies of the RSPO2 mutation), while the Labrador does not have furnishings (no copies of the mutation). Since puppies inherit one copy of a gene from each parent, every puppy from a poodle-Labrador pairing would have one copy of each gene variant resulting in puppies that have furnishings. However, each of these puppies will also carry the gene variant that results in short facial hair (improper coat carrier). It is important to note that improper coat is not a disease or disorder and does not cause any health issues for affected dogs. It is simply “improper” to have short facial hair in some breeds because it is not a desirable trait as established by the breed standard. A lack of furnishings is the breed standard in many shorthaired breeds like the Labrador!

Paw Print Genetics is now offering genetic testing of the “IC Locus” for the RSPO2 mutation associated with improper coat/furnishings. In addition, Paw Print Genetics is now also offering testing for genes associated with curly hair, long hair, natural bobtail, and 9 different coat color traits! If you have questions about these trait tests or want to understand how Paw Print Genetics can improve the health and appearance of your kennel’s puppies, feel free to email us at AskUs@pawprintgenetics.com or give us a call at 509-483-5950 to talk with one of our helpful team members!