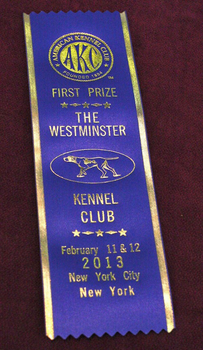 Even in a large breeding population, the bottleneck of genetics that can ensue due to popular sire syndrome can have long-lasting repercussions. Each dog in the line will need to deal with that stud dog’s mutation, and great care needs to be taken when selecting a future mate – especially if their pedigrees both contain that dog in past generations.

Fortunately, most breeders at the highest levels of the sport understand the benefits and responsibility they have to produce healthy pups. Conscientious breeders will opt to panel screen their dogs so that they know if they carry the most common and exasperating disorders, as well as the lesser known ones.

However, just because your puppy has a highly bred, trained and popular male somewhere in its pedigree, that doesn’t mean that all generations of that dog’s progeny were as thoughtfully bred. When selecting a puppy, especially if close line breeding has taken place or both sides of its pedigree contain the popular male, make sure that the parents and puppies have undergone genetic testing to clear them of known genetic mutations.

So what is it? Dominant, Recessive, not genetic at all?

How does that work?