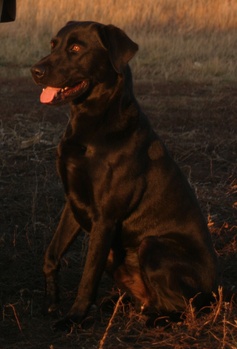 While it’s fun to see where our dogs rank on the list, and to look at various cities and see which dogs are preferred by residents, there are a few things to keep in mind. First, the more popular a dog, the more people there will be that offer them for sale. It’s supply-and-demand thing, and if there’s money to be made, someone will fill that demand. Second, with many people offering dogs and puppies for sale, unscrupulous and reckless breeding can lead to puppies affected with genetic disorders; popular dogs have a tendency to suffer from more disorders and have a higher number of them.

The Labrador retriever, for example, has at least 16 genetic disorders. The German shepherd suffers from more than 10 mutations. The golden retriever, 8. Beagles can be afflicted with a dozen different genetic mutations. And while bulldogs only have a couple of genetic mutations that affect their health, you have to keep in mind that because they’ve been bred for extreme physical characteristics, that their conformation itself can be detrimental.

When you’re looking for a new dog, regardless of whether it’s a puppy or rescue, keep in mind that nearly all breeds carry the potential for at least a couple of genetic mutations in their background. Responsible breeders will test for these genetic issues prior to breeding their dogs, and if you’re looking for a rescue, you can test the animal prior to adopting.

Tips on Collecting a Swab Sample

Inherited disease in Poodles may cause neurological problems